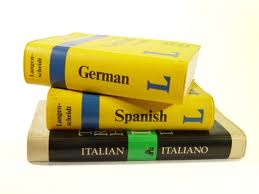 For companies doing business globally, the availability of properly translated documentation is critical for success. But translation can be expensive, time consuming, and cumbersome, and companies often limit translation or skip it altogether.

Screenshots are popular because they effectively communicate the user interface and workings of a product. However, if the software is localized, screenshots should be retaken for the localized software. This requires setting up the application with relevant data  – once for every screenshot in every language. On the other hand, some companies do not localize the software and end up with documentation in the translated language but with the screenshots in English. With limited or no screenshots, both of these problems can be minimized.

Translation costs are calculated on the number of words so this one is fairly obvious. But this has to be planned early on – it is much easier to write succinct material than to reduce words at the time of translation. And fewer words also make material simpler to understand and easier to translate. Lower word count pays dividends for all documents, for all languages, and for all future revisions.

Graphics, if done right, can be a great communication tool. And, being a universal language, they do not have to be translated. However, if graphics include text they can become a nightmare. Any text embedded in the graphics must also be translated. Often this requires a complete recreation of the graphic. Avoid the use of text in graphics; label items with numbered callouts and identify graphic elements outside of the illustration.

4. Do Not Include Slang and Local Jargon

Slang terms will probably not have the desired meaning or context in the target language – or may have highly undesirable meanings! – so must be translated. The translators may not understand the slang well enough to translate without research, adding even more to translation costs. Leave the slang out from the beginning to minimize costs.

Use of XML in technical documentation has received much attention lately. See our blog “An Introduction to XML and DITA” for more pros and cons of using XML. XML can lead to significant savings in translation of technical documents. One way that XML-based documentation saves money is the ease of reusing content which only needs to be translated once. Another way that XML saves money is that XML includes metadata – information about the content. For example, metadata can be added to newly updated content to indicate what needs to be translated and what does not – leading to significant savings.

9. Use a Simple Language

Although this is a best practice to write any technical document, it is doubly important for the ones that have to be translated. For example, if the word “consider” will suffice, avoid using “take into consideration”.

Yes we mentioned this one above. But this is so important that it is worth repeating.

Andrea is a Senior Technical Writer at Phoenix Technical Publications. Phoenix Tech Pubs has provided complete technical writing and documentation services in the San Francisco Bay Area for over 25 years.