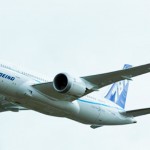 Outsourcing to offshore vendors appears very attractive as a cost saving measure. However, there are inherent dangers that a company must address before committing to an offshore business model, or possibly face costly consequences later.

Boeing provides a clear example with the 787 Dreamliner. Development of the midsize energy-efficient airliner began in 2002. Instead of building the complete aircraft in its Everett WA facility, Boeing chose to outsource most of the subcomponents to its vendors, including many offshore vendors. Boeing believed this approach would minimize the use of expensive US labor, inventory, and factory space, dramatically lowering costs.

However, the 787 Dreamliner is billions of dollars over budget and three years late. According to the LA Times, “Most of the blame belongs to the company’s farming out work to suppliers around the nation and in foreign countries.”  (“787 Dreamliner teaches Boeing costly lesson on outsourcing.” Los Angeles Times Feb. 24, 2011)

While Boeing selected overseas vendors with technical expertise, the LA Times noted that Boeing executives “didn’t recognize that sending so much work abroad would demand more intensive management from the home plant, not less.” The result? Pieces that didn’t fit together, components that didn’t meet specifications, and production delays when critical parts weren’t available in the necessary sequence.

Jim Albaugh, the company’s commercial aviation chief, is quoted in the Los Angeles Times article, “In hindsight, we spent a lot more money trying to recover than we ever would have spent if we tried to keep many of the key technologies closer to Boeing.”

Economist Paul Krugman observes, “When the tasks that need to be done are complex, so that you can’t fully specify what people should do in advance … it can be better to do these things in-house, so that you can simply tell people to do something a particular way or to change their behavior.” (Krugman, Paul. “Thank You Boeing,” posted Feb. 19, 2011, retrieved from http://krugman.blogs.nytimes.com Feb. 25, 2011)

Offshoring is most risky in those situations where critical technological information resides in a specific geographical location far from the offshore vendor, or where the task to be completed is highly complex or not fully specified prior to beginning the project. In these cases, management must commit significant budgets to oversee the long distance project, or potentially pay much more to correct problems later.

Andrea is a Senior Staff Writer at Phoenix Technical Publications. Phoenix Tech Pubs has provided complete technical writing and documentation services in the San Francisco Bay Area for over 25 years.